Designed & Made by the sea 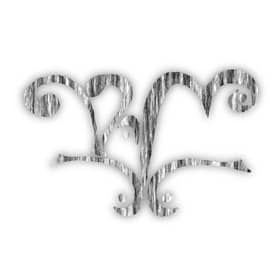 Last September, I visited my family and friends in my beloved Galicia. Among all things I brought for them (included Rodda’s Clotted Cream for my mother ^o^), I had three special creations for three of my friends. But the most important thing was that… I had a plan.

My plan was really simple: get some ideas from them, directly, without saying what I was really going to make. Then, make the pieces, even showing the process on Instagram or on Facebook. Prepare a nice packaging. Talk about Lolita, Steampunk, etc. and how much I wanted to dress Lolita when I was back there. And finally, appear with my three boxes in Santiago… Surprise!

The first step was easy. One day, randomly, I asked if they could help me with something: I needed some ideas for a mood board, but it has to be something personal and real. I didn’t say too much, just an example. ​
Ideas:

My intention wasn’t exactly to make a design with those four ideas. I wanted to create three pieces with some/all those ideas, but thinking also about the person who was going to wear it. With that I have to admit that it was… Tricky. Specially when one of my friends decided to cut her wonderful hair and my design didn’t make any sense. Then, I changed it for something better for her new look. ​

More than one year ago I decided to learn millinery. Most of the techniques were basically sewing techniques, at least in the kind of projects that I am interested. Easy peasy for someone who has been sewing and embroidering almost all her life. That means that I just needed to learn and practice other stuff, like making bases with sinamay, using fabric stiffener or working with wires (after 3 years having my own jewellery business (Cubeterie) that wasn’t a real problem at all).
When I decided to make these pieces for my friends, I already had some experience with bases and wires, Anyway, I wanted to work with ideas and designs, work in my own projects and not just testing and learning with others’ ideas. But also I wanted to make something for someone else, like I used to do when I worked at Cubeterie.
With my drawings and all my supplies (most of them from Petershams Millinery, where I bought in person, not online), I started the next step in my plan. For weeks I was showing the process to the world on Instagram. My friends even gave me likes and wrote some comments… but they didn’t see what was going on until the 4th of September, when I arrived in Santiago with my three boxes.

Not happy making the pieces, I needed to make the whole thing. Those three pieces had to fly in a proper packaging, as all my designs used to do.
I designed my logo (Berenice Combé) in some point last summer and I made the stamp. I got some sturdy but nice boxes and I stamped them twice, inside and outside,  Also, I couldn’t forget the most important thing… bow-confetti made with old paper book.

Sonia loves cats and books, knitting and crochet.  She was the first one replying to my 4-ideas-question.
Ideas:

This sinamay base was one of my first alterations. I started trying to make some cat ears for a headband or top hat. Then I realised that it was not original at all. Also, that I had to change the design during the process (that hair…). At the end, I decided to make a cat ear as a sinamay base for the fascinator and put a nice big bow in golden organza over it. I used one metre, that’s why it looks so puffy and cute.
​My mother loved this one and she thinks that is my best headpiece until now. I am really glad with the result but specially because it looks gorgeous on her. This piece is so cute and nice as the owner.

Clara is the storyteller, an art curator and also the seed at 7H Cooperativa. She loves old pictures and animals, specially dogs.
Ideas:

This witch hat looks a simple thing: a small conical piece with a veil. That was all, we can go to sleep now. OK. Maybe it looks like, but there are some metres of double lace on the edge, sewn by hand, of course. The synthetic wool (it’s not felt) is finished with wire to keep the shape.
​My idea was also find some old pictures (with children and/or dogs) and put them inside the box or make some nice thing with them on the hat. I went to some markets in London but I couldn’t find exactly what I wanted.
Then, I thought that image, as an antique veil, would be interesting with the basic hat. Also, I had a Komorebi‘s illustration on my mind. It was something fun with something dark, just like my friends.
Even if at the beginning I wasn’t sure about the result, I am really glad with the result. It is a magic piece for a magic girl.

Eva is the artist. She is an illustrator with a boundless imagination, creator of weird little girls. A mix of sweet and creep.
Ideas:

This one was a challenge in different ways. I think I wasn’t able to put all the ideas that I had… because actually, I didn’t.
I wanted to create some book-spiders or book-flowers, made some stuff about it. I played with some paper making some flowers. But at the end, any of them seemed good enough and I kept the handmade satin roses. I learn to make them long time ago and I love them. I spent hours for this piece, I wanted to cover all the sinamay base with both colours (black and grey). The big bat wing shape was also tricky. I sewn three stiffened layers of tulle around the wire.
The colours and the textures have an old flavour, like dust. But not that kind of dust in a dirty place. It is like a dusty memory, like something old but nice. Like that kind of thing that reminds some chapter of your past that you love.

​The result is elegant, with a classic proportion for a fascinator. The bat wing looks like a feather and gives movement. At the same time, it talks about my friend (less than I wish, I guess). It is delicate but sinister at the same time.

I think in some way, this post is about friendship. My creations (these ones and other that I didn’t show here) were about friendship. Even being in another country, I think a lot about my people: my family and friends. Working on them was a way to say that I think about them even when I am far.
I wouldn’t be myself without them, for sure. And that’s something that I remember everyday. ​Thank you for that!

This site uses Akismet to reduce spam. Learn how your comment data is processed.

By continuing to use the site, you agree to the use of cookies. more information